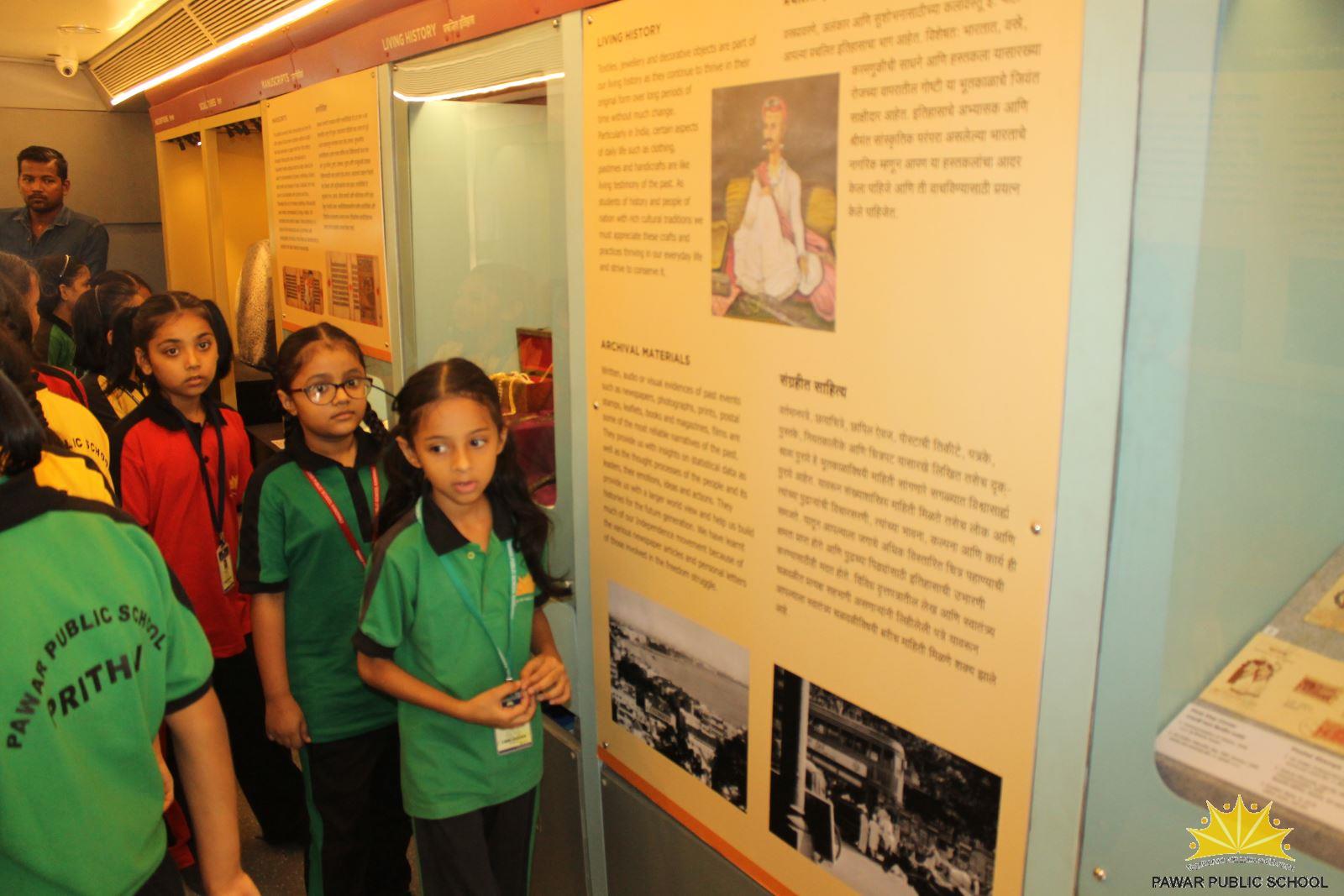 The Museum on Wheels (Chatrapati Shivaji Maharaj Vastu Sanghralaya – CITI initiative) is a customized air-conditioned bus fully equipped with display cases for objects, interactive demo kits, art supplies, audio-visual equipment and digital media such as touch screens and digital tablets. Exhibition is based on a particular theme for various age groups and keeps changing every year.

13th July 2016 – “Toy Stories” - A division of 40 students were divided into two groups of 20 each. When one group visited the mobile museum, the other learnt how to make puppets. This experience enabled the students to get a glimpse of the rich cultural heritage of India.

A puppet is one of the most remarkable and ingenious inventions of man. It has been said that a puppet has to be more than his live counterpart for it is definitely the suggestive element that is more captivating and enduring in a puppet. Puppets or Kathputlis, are an ancient and popular form of folk entertainment. Students were shown the traditional Rajasthani puppet show (Kaavad) with a moral which was followed by a short animated mythological tale having contemporary touch.

The story was adapted from puranic literature, local myths and legends usually from the content of traditional puppet theatre in India which, in turn, with the  focus to imbibe the elements of all creative expressions like painting, sculpture, music, dance, drama, etc. The presentation of puppet program involved the creative efforts of many people working together which proved to be very fruitful for the students.

The students of nursery to std 6 had a gala time. This experience enabled the students to get a glimpse of the rich cultural heritage of India.

19th April 2017 - “India and the World – A History in Nine Stories”. This exhibition displayed some of the most important works of art from the Indian subcontinent in dialogue with the iconic pieces of world history from the British museum collection. India and the World is represented through a wide variety of objects – sculpture, inscriptions, coins, paintings, jewellery and stone tools, key periods in Indian and world history brought together with each other. Exhibition had tremendous potential to build a robust education programme with wide appeal at all academic levels. The universal themes such a trade, globalization, power, religion, knowledge within this exhibition resonated directly with school curriculum. They showed a documentary on the same and got the children involved in an activity. Std 4 to 8 visited this museum on wheels. Std 4 & 5 made a collage on the Indus Valley civilization.